Anette Member Posts: 814 ✭✭✭
July 2017 in Scripting
Since @wyll mentioned it I thought I'd share for those curious, here's a little glimpse of my mudlet UI as it stands now, though I'm still trying to decide what to put on my hotbar thing: 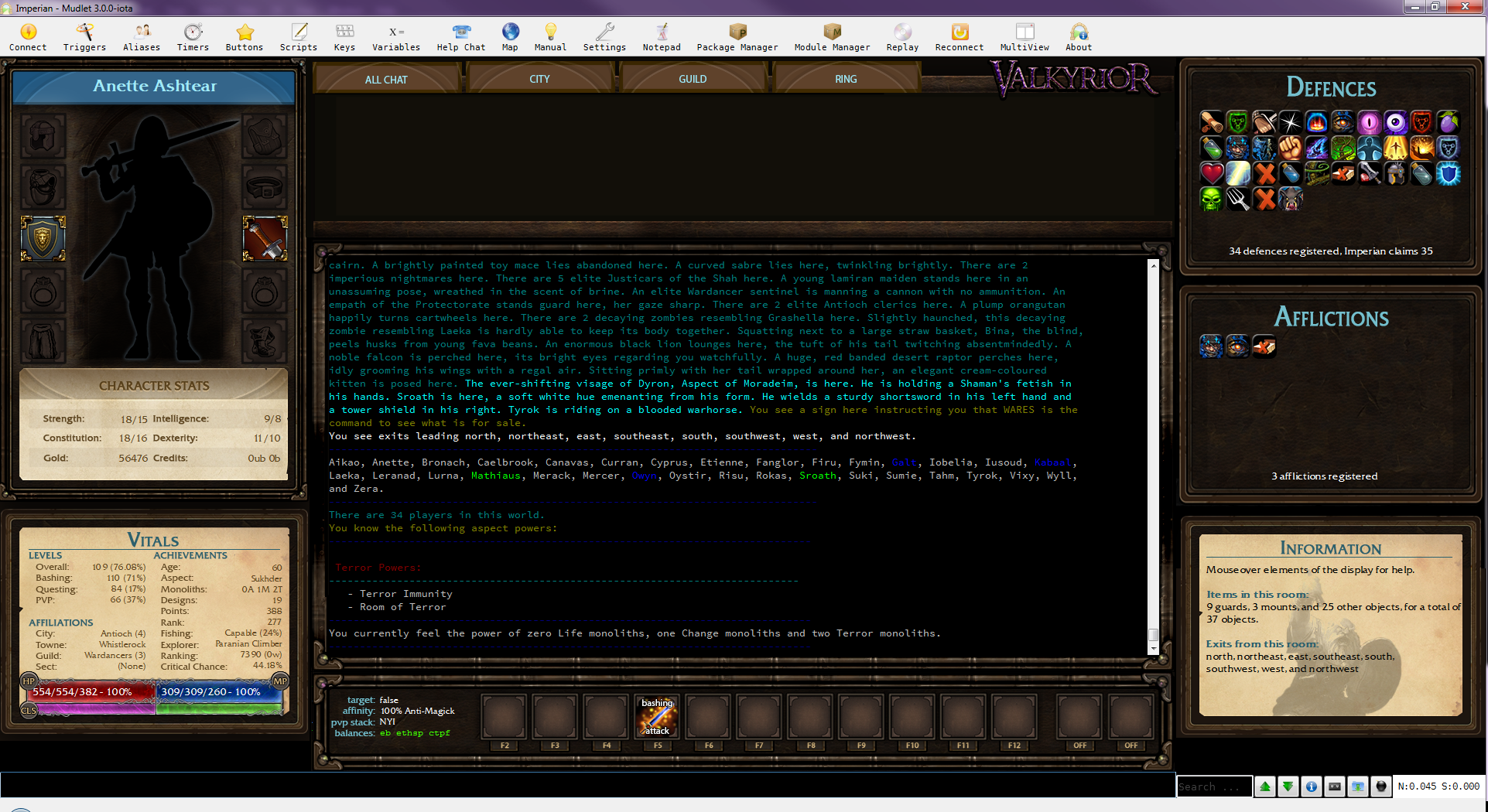 LMK what you think!