The Art of Anatomy

(Idras): Anarys says, "For the much reduced fee of a very mild two thousand sovereigns, you, too, can witness the artwork of Feyn-al-Dracar, Ozreas al-Hamasa. See me for details."

(Idras): Theophilus says, "Do we receive any insight into what it might artwork of?"

(Idras): Anarys says, "The Feyn will discuss his artwork in great detail, actually."

(Idras): Anarys says, "Someone is paying me for this mess."

(Idras): Anarys says, "You're going to give a lecture on it. It'll be great."

(Idras): Ozreas says, "Do any of you know how to get spleen stains out of white pine?"

(Idras): You say, "She's unhappy it's right outside the phantom."

You begin to steadily swim east.

This area is unnaturally flooded with water. This has been marked as holy ground. Gore is splattered about, a display of Ozreas's cruel handiwork. Riatan is here, swirling multi-color light whipping about his form. Ozreas al-Hamasa is here, a vibrant red hue emanating from his form. He wields a cerulean-inscribed stygian flintlock in his right hand. Anarys Aureluht is here, hidden. She wields a sewing needle in her left hand and a banded shield in her right. You see a sign here instructing you that WARES is the command to see what is for sale.

You see exits leading west, and a square trapdoor leads down (closed door).

You see the following people here:

You purse your lips contemplatively.

You ask Ozreas, "Is that your own spleen?"

(Idras): Ozreas says, "Well, yes. Generally the more water you throw at a mess the more likely it is to go away."

You incline your head toward Riatan respectfully.

(Idras): Theophilus says, "I recommend a mixture of saltpetre and vinegar. Maybe a splash of Sukhder's Suicide."

(Idras): Ozreas says, "Really. How have you lived so long without learning these things."

Anarys Aureluht says to you, "It's for the lecture, really."

Anarys Aureluht says to you, "He has something -very- interesting to say about my liver being plastered to a shelf over there."

You snicker softly to yourself.

You open a wyvernskin pack.

You get 2000 gold sovereigns from a wyvernskin pack.

You give 2000 gold sovereigns to Anarys.

You say to Anarys, "Just because I like you, half-elf."

You say to Riatan, "And how are you? Your brother not-threatened to disperse the constellations on me."

(Idras): Anarys says, "No one else interested? It'll be great. Hopefully."

(Idras): Anarys says, "At this time, it's important to mention, no refunds."

Riatan says to you, "I am pondering the nature of 'masks'."

You reach up and release the clasp holding your mask in place, and reveal your face.

Ozreas Clears his throat, standing up a bit straighter before droning in a voice as hollow as a drinking vessel, "Here you will observe the fortunes of the next thirty-seven Prophets of Khandava foretold in the intestines of a wayward, elf, as is the tradition of  the Ka'me-tunga tribe of the western isles since..." He continues for a while, his voice slowly blending with the snowfall beyond the shop.

The fell rays of Sukhder illuminate the room in obsidian and crimson as Theophilus, riding a giggling mongoose named Vesper, appears.

A soft light radiates from Theophilus as he flaps his wings lightly, allowing him to hover just above the ground.

A cerulean-streaked white lioness's eyes flash dangerously as a low growl rumbles forth from her chest in warning.

Anarys wordlessly points a finger at herself.

The elemental waters seep into the ground leaving the room damp, but no longer flooded.

You have emoted: Alesud presses her lips together in a tight, thin line as she wades through the little remaining water toward one of the white pine shelves coated in gore.

Theophilus pokes Anarys in the belly.

Ranger Theophilus Aracelia, The Glorious says to Anarys, "You seem to be in tact."

Anarys lets out a surprised squeak.

Ranger Theophilus Aracelia, The Glorious says to Riatan, "I think the Cephyreid has some spicy food."

"Though it is important to note," Ozreas adds, tone as flat and emotionless as before, "that this does not imply any further secessions to follow, but the spray of the liver was obstructed by this shelf, so it is impossible to tell if the tissues portend that the  disputes of her reign will 'be ended by her heir' or 'get tangled in her hair'." After waxing philosophical regarding similar matters for quite a while, he shrugs at Riatan.

Ozreas al-Hamasa says to Riatan, "I find it is easier to read the past in a things innards than the future, but one thing is always certain."

Ozreas al-Hamasa says, "If you're not careful, you'll end up in more **** than you intended."

Jabbing Theophilus lightly with her elbow, Anarys demands quietly, "Two thousand sovereigns, please. You ARE watching an artist discussing his work, you know."

Theophilus gets some gold sovereigns from a wyvernskin pack.

Ranger Theophilus Aracelia, The Glorious says to Anarys, "Well worth it. I must, however, depart for now."

Theophilus lifts his head upwards, growing very still as he gazes upon some unseen spot.

A beam of raw energy bursts from Sukhder and envelops Theophilus, riding a giggling mongoose named Vesper, before he disappears.

Ozreas al-Hamasa frowns and says to Riatan, "You're right. Perhaps not my best work, that last one."

Anarys absently squirrels the coins away from this pocket to that pouch, though she casts another absent glower at Ozreas.

Riatan says to Ozreas, "It was otherwise gut-wrenching discourse, I promise."

Ozreas al-Hamasa says, "Though I am slow to believe it to truly be so, I am going to take that as a compliment."

Riatan says, "Art that is evocative of something, anything, is successful."

Ozreas al-Hamasa says, "I see. It is at this point perhaps best that I admit..."

Ozreas al-Hamasa says, "I'm not really sure what I'm being charged for?"

You say, "And yet you pay anyways."

Dimitri arrives from the west.

Dimitri peers about himself unscrupulously.

"Two thousand sovereigns for the viewing, please," Anarys pipes up at his entrance, holding a palm out before Dimitri.

Dimitri stares at Anarys blankly, unable to comprehend what she just said.

You peer at Dimitri unscrupulously.

Anarys Aureluht says to Dimitri, "Sovereigns, as in the little tokens made of gold that I can spend."

You say to Anarys, "He's so poor that he doesn't even know the word."

Anarys Aureluht frowns and says to Dimitri, "If you pay me in false currency, I will stab you."

You snicker softly to yourself.

Anarys squints suspiciously at you.

Ozreas al-Hamasa says, "The little gold ones with Aisling on them."

Dimitri Driftlin says, "I have designed fake currency. get your own market."

You say to Dimitri, "Have you conned Kavar out of gold with yours?"

You clear your throat in an attempt to gain the attention of those around you.

out of anything. Bad investment."

Ozreas al-Hamasa says, "If he'd said I could toss the coin, I would have responded with "I wager I will not toss the coin.""

Anarys Aureluht says to Riatan, "To be fair, fifty thousand sovereigns versus an 'undetermined favour' is a bad deal."

Anarys Aureluht says to Dimitri, "It's a bargain at two thousand sovereigns. You can tell your friends you saw -art- by Ozreas al-Hamasa. Be vague about it. Pretend it was -really- impressive, so they'll pay me too."

You say to Ozreas, "This is why we get into trouble."

Ozreas shrugs helplessly at you.

Dimitri Driftlin says to Anarys, "This is onner them... slippery slopes things. I start giving you money for this, you'll show up on my doorstep in Pol'pera asking that I pay you for breathing your air."

Dimitri Driftlin says to Anarys, "This is onner them... slippery slopes things. I start giving you money for this, you'll show up on my doorstep in Pol'pera asking that I pay you for breathing your air."

Loud slurred voices break out into a vulgar tune followed by a terrible crash.

Anarys moves her attention about the mess before frowning, "... More or less."

You say to Riatan, "The Inner-workings of a half-elf."

Dimitri Driftlin says to Ozreas, "The hell did you use anyway."

Riatan asks you, "'Half Elf: Quartered'?"

You say to Riatan, "More to the point. Less mysterious."

Riatan says, "Ah yes. The mystique is important for the market view." 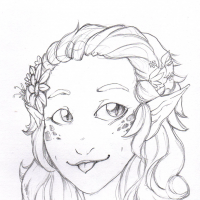