Theophilus Member Posts: 784 ✭✭✭✭
August 2017 in New Ideas
Horde caravans are no longer a system being put to use. Most cities have completed their research (and thus do not require quartz), and our small playerbase makes it difficult to gather a group. They can be solo-ed or duo-ed if one has WAR powers to CALL SENTRIES, but that requires 1) building beacons with quartz and 2) the rewards simple do not make the juice worth the squeeze.

I think the system should be removed entirely via an RP horde event that stops their caravaning, or the system be revamped (preferred).

It would be cool if they acted similarly to shardfalls. Random caravans with three-four average guards appear throughout Aetherius with a chance for larger convoys to appear every few hours or so (this would require a team of two or three). The small caravans might net 5 plunders or so with rewards such as gold or commodities to be sold for gold or shards. The larger caravans might net temporary arties or stat soulstones (just something a little more worthwhile since it will be more difficult and require more gold). We might even add a quest for caravaning (i.e. kill the leader of a convoy of caravans and return his corpse for substantial gold, kill small caravans [receive gold after plundering so many].

Either way, the system is outdated and needs to be removed or changed considering current rewards and the resources needed to accomplish them.

I know there are other things in the works, but this is worth looking at as well. No sense in CT being spammed that caravans are crossing through when nobody uses them.
(Ring): Lartus says, "I heard Theophilus once threw a grenade and killed ten people."
(Ring): Lartus says, "Then it exploded." 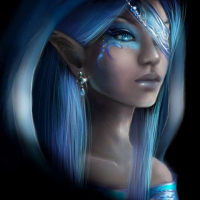