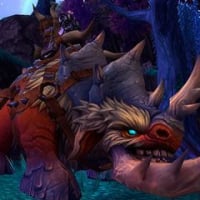 Ohm Member Posts: 332 ✭✭✭
February 2016 edited February 2016 in General Discussion
With professions being dissociated from guilds ... what's the end game for guilds?
Do they serve any practical purpose? I see some awesome guilds - the Bards & Oystir are doing very well. But there are some very average guilds that practically haven't done anything in the past years. I guess it is an artifact of the fact that many guilds were created during the time they could be approved and created but the player-base is now no longer big enough to support all of them.
Is there a way to revive them? Make them more relevant again?
Some ideas:
- Guild quests - guild quests that you can do everyday to increase the prestige of your guild to ensure activity
- Guild based jobs or bonuses - guild granted legendary quests or trials
- Ability of guild/ council to go independent and function as independent organizations (think Assassins guild) not associated to any particular city or maybe even circle