The Iron Realms team has been hard at work on Nexus 3.0. Shortly after our last newsletter, we started a small closed beta test in order to garner feedback as we prepare for an open beta.

The feedback has been tremendous. We realized we needed to adjust our goals and feature list for release. The testing team has been crucial to the development of the new client.

This has led to delays, but the delays will be worth it. We absolutely do not want to release a disappointing product.

Consulting with our beta testers, led to significant improvements to the main play screen. The screen is much more user-friendly. Users can create a personalized layout quickly by just dragging and dropping elements. If you're interested, you can view a video of the client, and those improvements here: www.youtube.com/watch?v=v-D6SElFu58

Here is a screenshot of a custom layout that took seconds to make. Just drag and drop windows how you like them. 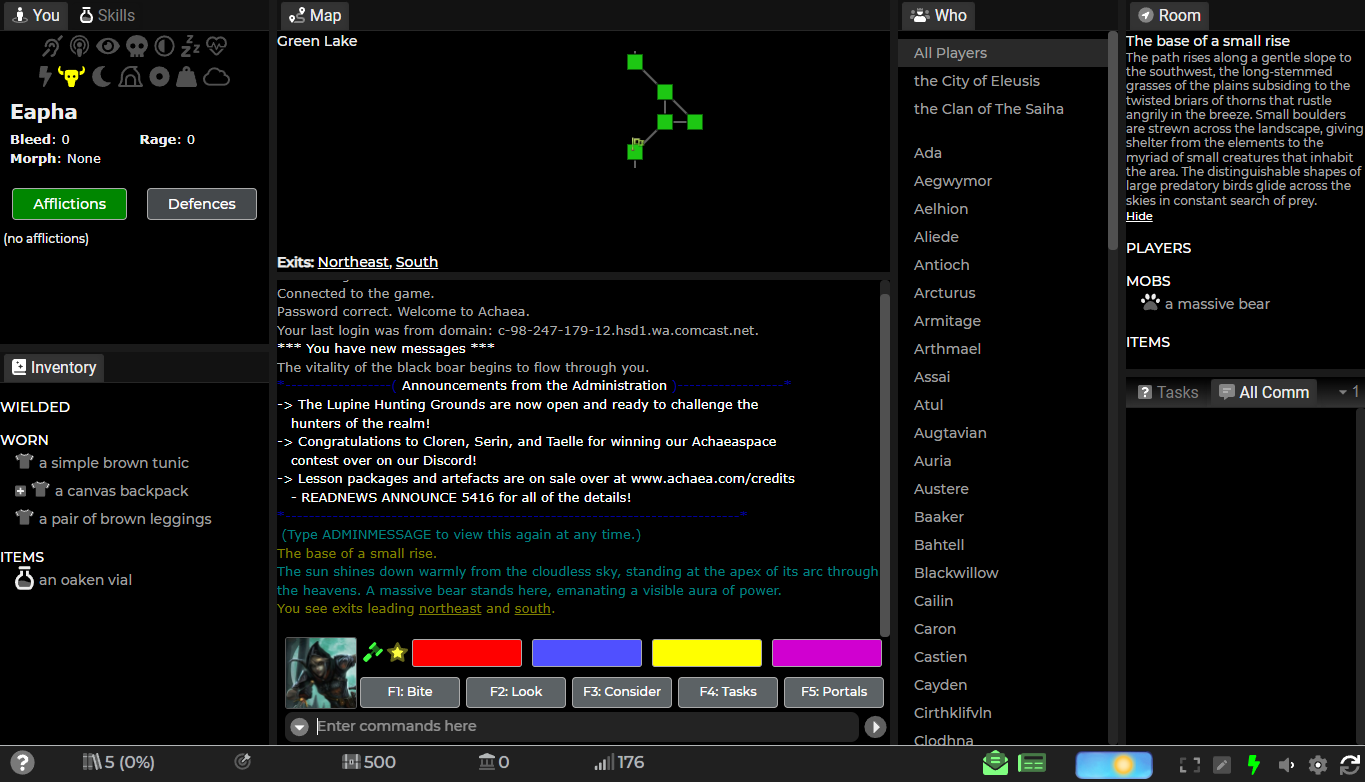 Another issue arose during beta testing that needs to be well communicated before release. This revolves primarily around migrating your current triggers and aliases to Nexus 3. Some scripts are going to be difficult to move and will require updating. Transferring your current settings is fairly automatic, but there are problems with scripts that were created beyond the scope of what we intended with Nexus 2.

We are working with the beta team to improve this migration process and address the compatibility issues. Please note that Iron Realms has no plans to drop Nexus 2. IRE will not do new development for Nexus 2, but it will remain on the game websites. In order words, if you're happy with the current Nexus, you do not need to migrate.

If you have any questions, feel free to email me at jeremy@ironrealms.com.