Galt Member, Beta Testers Posts: 305 ✭✭✭
September 2018 edited September 2018 in Fighting and Combat
So, everyone knows Defiler damage and burst is pretty OP. What risks being overlooked in this is other things about Defiler that stand out as likely overpowered, too.

This is a problem for a variety of reasons - In isolation, all of the above are powerful, class-defining skills, like therapeutics is for Bard, yet Defiler has all of the above and they stack. %-shrugging of all toxins alone is incredible, even if it's only 10% or 15%, whilst being able to specify one toxin to have a high shrug for a full minute is incredible.

The key thing here is that the above skills - Moonaura, shrugging - Are considered powerful individually, yet the Defiler has equivalents to both that are more powerful and also has passive aff healing/return.

- AB DESECRATION SUSTAIN, active heal. Costs treant HP, but they can heal the treant each combo using nurture.
- AB TORMENT BLOODDRINKER - Heals them passively based on any bleeding in room.
- AB SHADOWBINDING REGROWTH - Passive heal. Consumes haze if you're not at max health.
- AB SHADOWBINDING HEALTHDRAIN. Steal health. Scales up the lower the defiler is. Also has a mana version.
- AB TORMENT TEARS. Allows the defiler to LICK TARGET to heal, periodically. Doesn't require balance, can be used off balance.

Three passive/almost passive health restoring skills, none of which count to the regen cap, one of which scales up more in teamfights. Two active heals, because evidently one was insufficient.

Spammable entangle. Other examples of this were removed or gated - Hangedman now requires the target be prone, transfix requires blind stripped, druid entangle requires a two-step attack. Entangle, even in isolation, shouldn't work the way this currently does. Having a skill that makes writhing take even longer on a class that can passively entangle enemies on movement is a bit much, too.

Blackvines are... just awful. They entirely block flight, can be spammed in multiple rooms, always entangle enemies on movement. They shouldn't do all of that.


Holding:
- AB SHADOWBINDING MISTBIND. 33% chance to stop enemies leaving.
- AB DESECRATION BLACKVINES. Entangle on leaving a room. Completely blocks flight in the location. Can be spammed in multiple rooms. Impacts all enemies. (See also: Rigidity, entangle.)
- AB DESECRATION WHIRLPOOL - Flood. Because I guess they needed that, too. And waterwalking, since they have flood.

Timebomb classes shouldn't have good holding. It needs to have holes in it, or the timebomb becomes ridiculous. Take Bard for example - Icewalls from sketches and engage from sketches, and that's it because they're a timebomb class.

- Relies on psychic damage, the hardest type to resist.
- Has a skill to drastically lower psychic resist. Not curable. Seems to drop people from about 30% (max minis, psychic resist ring) to -1%.
- Entropy. Entropy only decays 60 seconds after they last hit the target with an entropy-inducing skill. Almost every attack they have counts.

Each of the above categories Defiler is OP in - And there are other skills they have that seem unreasonable when looked at in a wider context. Often, their skills have multiple effects, such as rigidity and blackvines that both do multiple things which would be split into different skills on other classes. Simply put, Defiler was given far too many fun toys when it was being made, and to be made a timebomb class on top of that is frustrating as hell to fight. This is a class that can do 130-180 damage per combo, burst for 600+ using a resource that they can build up whilst still hindering a target enough to stop them having any chance of maintaining an offense, and it also happens to have random skills tacked - Flood, Waterwalking, Project, Apparition, resistance to limb damage, UnseenEye - It's like people kept asking if Defiler could have X, and just got it added without any sense for overall balance.

Defiler has more tricks in each of the three skillsets than some classes have across their entire 3 and that's not ok.

EDIT: Oh, and they get the ability to block also, for... some reason. I'm surprised they don't also get phase. 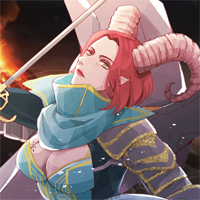