The issue with the state of raids, and raid objectives

Medivh
April 2020 in Fighting and Combat
As it stands right now, there is no negative reason when it comes to organization credits, to let all your raid objectives be captured. while there are negative effects of having them captured, they are all things that can be lived with, if you want to win the almighty credit more than you care about a little whining from NPCs.

As most of the negative effects are mitigated in other ways (see: tutor being in caanae for everyone to use), the biggest, and most recent raids were performed for the sake of getting points towards winning the orgcredit race. considering how big of a deal credits are in IRE games in general, this has lead to cities letting all their stuff go, so that they cannot be raided, and lets them raid on off hours to win orgcredits.

Part of this issue is that raids are worth way too many orgcredit points, but not having your own objectives also has no downside, effectively allowing a magick who refuses to fight and still win credits solely on being able to raid an easy objective over and over, while controlling caravan vision (which is another problem that really needs to be addressed soon).

To make matters worse, raiding an organization gives the defender points for failing, which really doesn't make sense, but could be mitigated. I propose that not having your own raiding objectives starts having a negative drain on orgcredit points, or if that is not feasible for some reason, it should give the city who has the objective captured enough orgcredit points that the city missing the objectives would have no way of winning orgcredits without getting their objectives back.

This is something that needs to be done soon, because it was very meta/gamey what has happened in the past couple of weeks. either way it should not be possible to sow up orgcredits this way, as the way it is going now completely takes the competition out of orgcredits, and makes it both unfun to look at and a sure way to make sure an organization gets plenty of power creep.

I would mention the RP issues with Celidon raiding Kinsarmar and viceversa as the same group but RP nowadays does not seem to be worth of any consideration when it comes to the implementation of changes/penalties/powers. 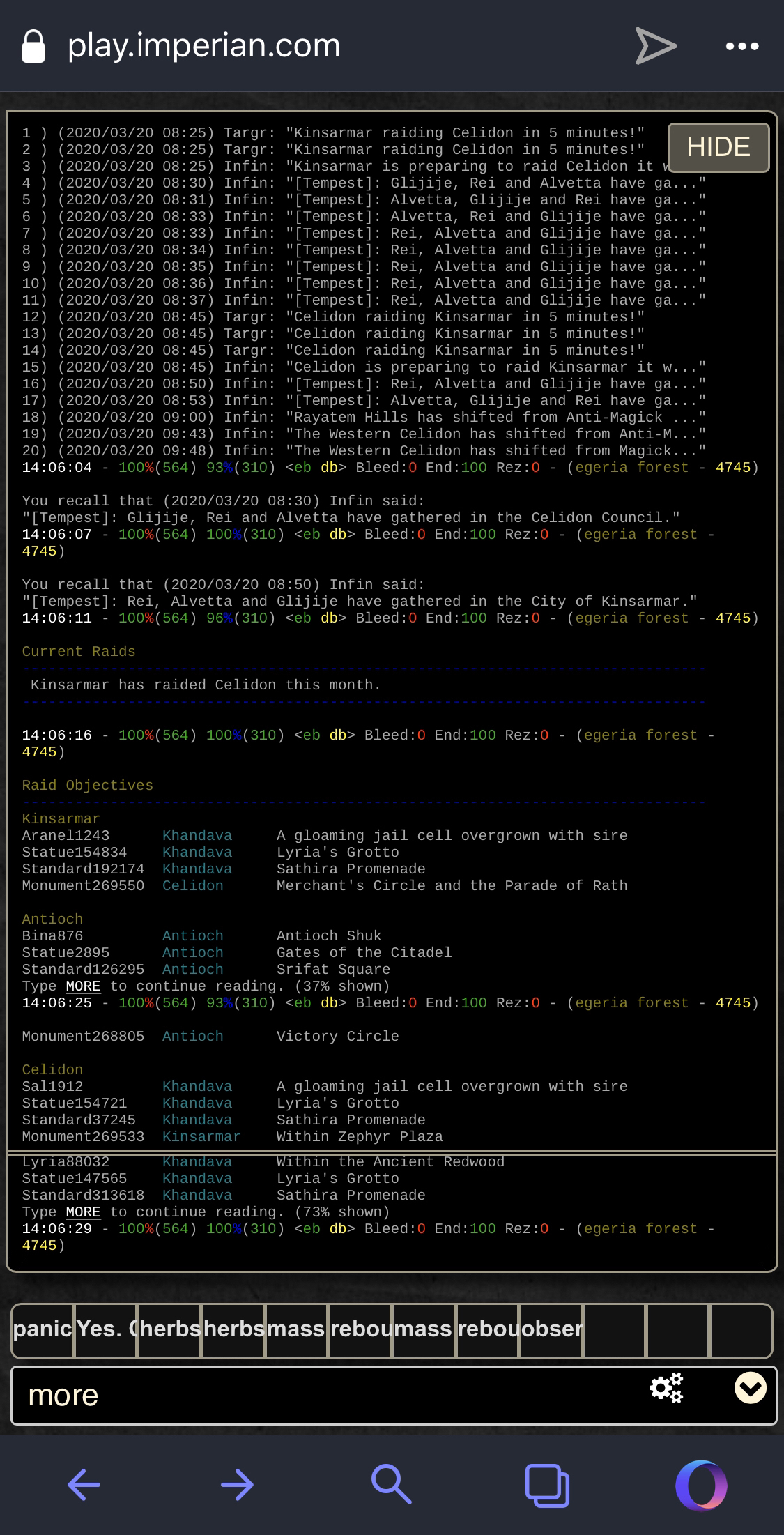